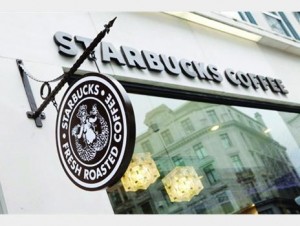 Pretty soon, we will be able to go to the grocery store and ask for Starbucks flavored ground coffee. I am not saying that everyone wants Starbucks for their home brewed coffee, but for those who cannot get enough of their coffee, this move is going to be a dealmaker.

According to Starbucks Corp., they are planning to release three kinds of flavored coffee to be sold at your local grocery store. This is a big step as other brands have a strong hold in this market. Think Folgers. Think Maxwell House. These are the brands that most everyone buys when they go grocery shopping.

The three flavors are vanilla, caramel, and cinnamon. The line is called Starbucks Natural Fusions, and we can expect them to be available in the market next month.

This move is part of the ongoing campaign of Starbucks to make their products more commercially viable for the average consumer. I have to admit that it makes a lot of sense. Instead of going to a Starbucks store and pay several dollars for one cup of coffee, people can buy the ground coffee and brew it at home – with more or less the same Starbucks taste. For those who brew coffee several times a day, having this product available will be a boon, especially in these hard economic times.

Of course, there will be critics and they will be heard – much like the critics of Via, the instant coffee line that Starbucks developed. If you remember, that line was surprisingly widely accepted by consumers!

While I was one of those naysayers when it came to Via, I am a bit more optimistic about Natural Fusions. What do you think?