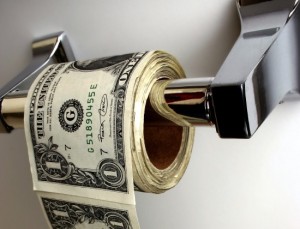 How much do you spend on coffee? I am not talking about buying coffee at the supermarket and brewing it at home – indeed, I am talking about “fancy coffee” or as my friend calls it, “designer coffee.”

If you’re like me, you probably do not realize just how much you spend on this kind of coffee on a monthly basis. According to people who do this kind of thing for a living, Americans are spending more money on designer coffee these days. Indeed, some say that this is a good sign that the recession is actually over.

The numbers are quite interesting: the purchases of fancy coffee went up by 21 per cent in the first quarter of 2010, as compared to the same amount of time in the previous year. The exact amounts vary depending on the location, of course, but in Seattle (where people practically run on coffee) the average person spends $674 per year on the brew!

That is pretty considerable. Think about what you can buy with that kind of money. An iPad. An iPhone. Heck, you can buy a laptop computer!

Still, I suppose I totally get those people who spend that much on coffee – I am probably one of them and just don’t realize it! I mean, yeah, all those gadgets sound nice, but when you need your java fix during the day, you don’t get to think of anything else.

So, sit down and crunch some numbers. How much do you spend on coffee?