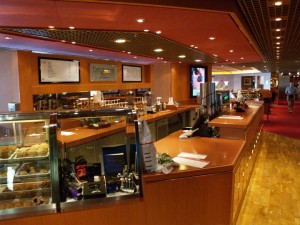 Apparently, the Secretary of State for Culture of the United Kingdom thinks so. Andy Burnham, is spearheading a government proposal which will allow radical changes to the activities that can be held in the library. I don’t know if you have been to the library in a long time, but I am sure that you still remember certain things about it. Quiet, serene, and clean – those are some of the most common adjectives associated with the library.

Burnham’s proposal, if approved, would allow coffee franchises and other shops to be located in libraries. The re-examination of noise policies are also to be reviewed. The Independent has this story:

Under the proposals, libraries could install coffee franchises, book shops and film centres. Noise bans will also be reviewed. Mr Burnham will tell the Public Library Authorities conference in Liverpool that libraries must “look beyond the bookcase and not sleepwalk into the era of the e-book”.

“The popular public image of libraries as solemn and sombre places, patrolled by fearsome and formidable staff is decades out of date, but is nonetheless taken for granted by too many people,” he will say, adding that the sector would have to “think radical” to modernise. English libraries attract 288 million visitors a year but book borrowings have fallen by 34 per cent in the past decade and 40 libraries closed across Britain last year. The Society of Chief Librarians has warned libraries that they will die out unless they diversify.

This proposal is receiving mixed reviews. Naturally, purists feel that the developments will violate the whole idea of a library. On the other hand, I think that this could be a good thing to revive interest in libraries. After all, coffee and books go well together, right?