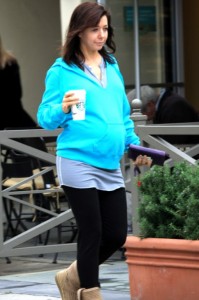 I wonder if my mom had a lot of coffee while she was carrying me! I highly doubt it, as she is not really much of a coffee drinker now. Anyhow, a group of researchers from The Netherlands recently released the findings of their study: the amount of caffeine intake that a mother has during pregnancy can affect the size of her baby.

The study shows that the effects of caffeine can already be significant in the first trimester, especially if the mother takes 6 cups (or more) of coffee per day. The researchers are from Erasmus Medical Centre in Rotterdam and they conducted the studies on 7,300 Dutch women. When the study commenced, the women were all in their early stages of pregnancy. Some of them were heavy coffee drinkers while some were not.

So what does this mean for pregnant women or women who are planning on getting pregnant?

I suppose the study can serve as a warning. While it does not say that more serious issues may arise from heavy caffeine intake during pregnancy, it is better to be safe than sorry. Still, I can’t really just take these results without any doubts. What about those other studies that say that drinking coffee during pregnancy is okay? More so, the researchers behind this most recent study say that their findings are not conclusive and that they need more information – to which I say again “as usual.”

So, if you want to increase your chances of having a tall kid – just lay off on the caffeine. Your kid will thank you for it.