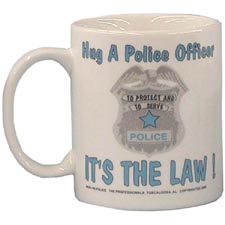 I didn’t think that this kind of thing still happened in the United States. Apparently, a Daytona Lt. Major Garvin has been loading up on free coffee from a local Starbucks store for the past two years. Now, there is nothing wrong here if the management offered to provide free coffee for the police officer, right?

The thing is, the story is not quite like that. Recently, the store changed management and Lt. Garvin was denied his usual free coffee. You want to know what his reaction was?

Oooh…talk about police bullying! Unfortunately for Lt. Garvin, the people at that Starbucks store were not sissies. A complaint was filed, the police officer took a polygraph test (he denied the accusations and agreed to the test and then failed), and was fired.

I was just thinking, this police officer really loves his coffee doesn’t he? I think he loves getting freebies even more, though. Maybe this is why Starbucks is losing money? Lt. Garvin is only one person but what if there is one Lt. Garvin in every other town in the United States? No wonder Starbucks is having to close a lot of its branches.

Seriously, though. This kind of guy makes it look bad for other hardworking honest police officers out there.