This one’s for the books. Astronauts comprising the Expedition 43 have made a remarkable feat by making the first coffee in space.

Thanks to a coffee making machine delivered from Earth, the astronauts at the International Space Station (ISS) have finally satisfied their craving for coffee. Called the ISSpresso, the Espresso machine was created courtesy of the Italian Space Agency, Argotec engineering firm and coffee company Lavazza. 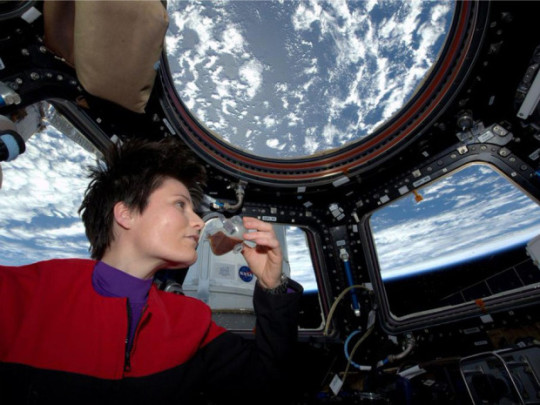 The delivery of this specially designed machine got delayed for months. It was originally scheduled to be transported on the SpaceX rocket early last year but the rocket exploded.

The machine finally arrived in space in November 2014 on board SpaceX Dragon ship. Italy’s first female astronaut Samantha Cristoferetti was also in the same spaceship and so were 450 grams of caviar for the team’s new year feast.

The presence of the coffee-making machine also enabled the team to create the space station espresso cups. Other than letting the astronauts drink coffee, these microgravity cups will also help the crew to gather data on the passive movement of complex fluids as part of their Capillary Beverage research. The results of this study is expected to confirm math models that help engineers experiment on the capillary fluid physics in an effort to control the movement of liquids by designing containers that can be used for specific tasks.

So far, NASA has sent 20 individuall-wrapped coffee capsules to space. There’s a little problem, though, as the team has not figured out how to dispose of their used capsules up there.

On a positive note, the successful delivery of the coffee-making machine to space has given much hope to the folks working on this space mission. They are optimistic to be able to create similar advanced technologies to let astronauts make and consume other things including medicines.

The Expedition 43 crew is composed of six astronauts led by Commander Terry Virts. Only one female is in the group.

The International Space Station is considered the largest artificial body in orbit. Its components were launched by American Space Shuttles, Russian proton rockets and Soyuz rockets. The station serves as a research laboratory where astronauts do experiments ranging from biology, astronomy, human biology, physics and meteorology among other fields.

Interestingly, the ISS can actually be seen by the naked eye. It appears as a slow-moving, bright white dot as a result of reflected sunlight. Ideally, it can be seen hours after sunset and before sunrise.