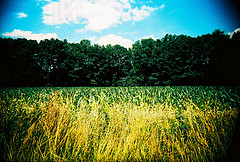 Coffee has received so much bad publicity in the recent years that one should be wondering why it is still such a popular drink all over the world. I, for one, do not care much for all the negative news – and I don’t really listen. If, however, you are feel differently and you have been looking for an alternative to coffee, then here is something that might interest you: corn coffee.

How can it be coffee if it is made from corn? That’s why it’s an alternative, silly!

The story is that in the Philippines, the people used to use corn kernels as substitutes for coffee beans during World War II. The reason is that the Japanese occupation disrupted the farming of coffee, while corn was still in relatively abundant supply. Hence corn coffee was born.

According to those who have tried corn coffee, you really wouldn’t notice the difference. Maybe it’s something like saying “It tastes just like chicken!” when trying out a new kind of meat? While I am not disregarding the idea that corn coffee may taste good (it probably does – corn products do taste great), I highly doubt that the difference from real coffee is not detectable. If coffee enthusiasts can detect the subtle differences between different kinds of coffee and how they are brewed/roasted, how much more for coffee made out of other beans?

In any case, this is worth checking out. This kind of coffee is supposed to be good, free of caffeine, and organic. What more can you ask for (aside from “real” coffee, that is)?

I haven’t seen any site selling this coffee internationally, though. If you know people from Manila, Philippines, they might be able to get some for you. Anyone here who has tried corn coffee?