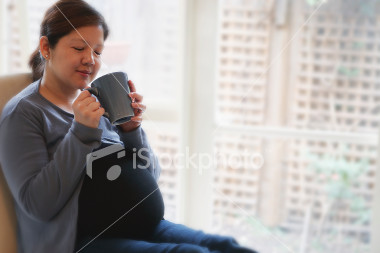 One of the biggest concerns of female coffee lovers is the fact that they would have to cut themselves off from their favorite brew once they become pregnant – at least that is the popular belief. A new research conducted at the Mount Sinai School of Medicine in New York City gives us hope with regard to drinking small amounts of coffee even during pregnancy.

According to Dr. David A. Savitz, the proponent of the study, “Based on what we’ve seen, it’s not a cause for great concern.” He was talking about the fact that there even if a pregnant woman drinks coffee, the risk of miscarriage does not increase. Of course, he was talking about moderate coffee intake here, moderate being less than 2 cups of coffee per day.

As a matter of fact, similar studies have been conducted in the past. However, Savitz’s study is a bit different because of the fact that his subjects reported the consumption of coffee before pregnancy and during the early stages of pregnancy.

So what are the implications? I, for one, am quite happy to have a solid scientific basis that I do not have to totally cut myself off from coffee if I get pregnant. Of course, it does not mean that I can continue drinking 3 to 5 cups of coffee a day – less than 2 cups would have to do.

Then again, I am sure that there will be some people who would be a bit iffy about drinking coffee while pregnant. You can’t get rid of old beliefs that easily. My suggestion is for you to consult with your OB and make the decision for yourself.