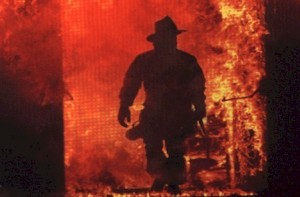 Firefighters and policemen are known to have a particular affinity for coffee – and they are not the only ones. The common belief is that coffee helps keep them awake and on their toes while they are on duty. This is especially true for those who are assigned to the night shift, when “normal” people are asleep in their beds. Yet how true is this belief?

Here are some of them. Caffeine may:

Perhaps on a quiet night, in a normal situation, these effects would not have any impact at all. However, if a firefighter has a lot of coffee of in him and he had to respond to an emergency call, the adverse effects mentioned above might spell the difference between death and life.

The people over at the Victoria Fire Department are taking the results of this study very seriously. According to Paul Bruce, their chief, the first thing that a firefighter does when he gets to work is get a cup of coffee and most of the time, the cup gets refilled over and over – many times throughout the shift. The proposed solution? Perhaps firefighters should avoid caffeine prior to their shift and more especially during the shift as well.