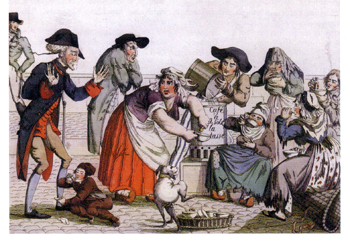 You know me, anything about coffee, I find interesting. Another thing that you may not know about me is this – I just adore National Geographic. I suppose growing up reading old and new issues of the magazine just left an imprint in me that I can never get rid off. So anyway, when I discovered National Geographic’s feature on coffee, I was way beyond excited.

Obviously, I cannot share everything in their feature here in this post, so I just picked out some of the most interesting tidbits I found. You can read the rest of the feature for yourself.

Ever heard of Kaldi? He’s the legendary Ethiopian goatherd who supposedly discovered coffee. According to the legend, he saw his goats munching on some coffee beans and followed suit. Pretty soon, he was skipping and hopping – thanks to the caffeine, I suppose.

How about Baba Budan? He is credited with the feat of smuggling fertile coffee beans out of Mecca. Supposedly, he strapped the beans onto his belly and introduced coffee to European colonies.

Did you know that Louis XIV was given a coffee tree as a gift by the Dutch? This was coveted by Gabriel Mathieu de Clieu, a young naval officer from Martinique. So he asked the King for some clippings – only to have his request denied. Not to be deterred, he went on a midnight adventure to get a clipping from the tree – and succeeded.

Who ever thought that coffee’s history would be this interesting, huh? Head on over to Nat Geo’s web site for more treats.