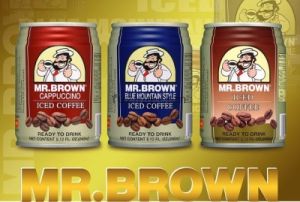 I am sure that you have heard of the recent scare about milk coming from China. Truth be told, this kind of news is getting old. We have been hearing of so many products from China being contaminated with one thing or another. To be on the safe side, I would rather not purchase anything coming from there. That might sound politically incorrect but I would really rather be safe than sorry.

Anyhow, with this recent scare, I thought it was just limited to milk. Apparently, canned coffee was involved in the hullabaloo – at least in Taiwan, it was. The canned coffee contains milk, that is why. Naturally, the companies involved were quick to release statements about the safety of their products. King Car is one example:

The company made the assurance while announcing its decision to recall eight kinds of its products that may contain small amounts of melamine.

King Car said in a statement that its canned coffee drinks have consistently used milk powders from Australia or New Zealand that are free of melamine contamination.

The statement further said the company took the initiative to send samples of the eight kinds of products, including an instant chicken/corn soup and seven flavors of powdered coffee drinks, to the Food Industry Research and Development Institute for testing after the disclosure that a shipment of 25 tons of melamine-tainted milk powder from China had been imported into Taiwan.

“Upon learning of the testing results that show eight kinds of its products contained traces of melamine, we immediately informed the Department of Health (DOH) of the findings and our decision to recall all of the potentially tainted products from the market, ” the statement said.

As far as you may be from Taiwan or China, it would still be safe to check ALL products that might have milk in it…