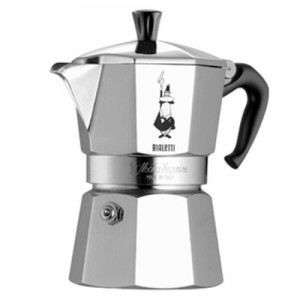 In the last post, we took a look at how the Middle Easterns brew their coffee. Soon after that, I went around the city looking for Turkish coffee – well not really, I just looked online for shops that brew coffee this way. I turned up with nothing. Perhaps I should look for the restaurants later – they just might offer this kind of coffee. Anyhow, here are a couple more brewing techniques, again courtesy of Alexander Haas.

Concentrate Brewing
The next method, concentrate brewing, is very popular in Latin America and some other parts of the world, and is starting to make a commercial appearance in the US. In concentrate brewing, large amounts of coffee are brewed with little water to brew a concentrate, when one desires a cup of coffee, some of the concentrate is mixed with some hot water. The concentrate can either be brewed hot or cold. When brewing cold one must let the coffee sit for at least a day. This method results in a mild, light-bodied cup with little aroma, and often little acidity and a muted flavor.

This sounds interesting as well – although I don’t know if the flavor will be strong enough.

Percolating
Percolating, the procedure that involves continuous brewing of coffee grounds using boiling water which then turns to boiling coffee liquor brewing overextracted grounds. This method, while practical, is a disparaging disgrace to the coffee bean. Even brewing with boiling water is bad enough (coffee should be extracted at 195 – 205 degrees F), then actually boiling the liquor is asking for a thin, bitter, tarry cup. To add insult to a sufficient mangling, the grounds are continuously being overextracted.

I am not so sure that this method is so bad. I actually like coffee which is percolated, do you?