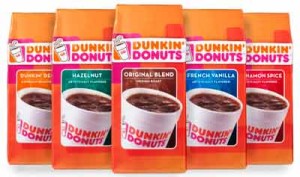 The competition in the coffee market has never been this fierce. It used to be that there were only a handful of choices. With the coffee culture spreading like wildfire all across the United States, more and more shops – and gigantic chains – have been set up. The ever trustworthy Dunkin’ Donuts coffee is now facing tough competitors. That is not to say that they do not have their faithful followers behind them. Still, coffee sales probably have suffered because of the market.

So what is their strategy now? Bizjournal reports:

Dunkin’ Donuts will begin selling small lattes for 99 cents during the afternoon beginning today. It’s part of a campaign to lure consumers into a late-day coffee break that won’t set them back a big chunk of change.

The lattes will be sold at the discount price Monday through Friday from 2 p.m. to 5 p.m. The company is also selling an egg and cheese sandwich for 99 cents with the purchase of a medium or larger hot coffee. The sandwich typically sells for about $2. The promotion runs through Nov. 11.

You can’t beat 99 cents for a cup of coffee, can you? And it’s not like Dunkin’ Donuts’ coffee is bad – their coffee is actually quite good! How about the timing? Well, perhaps not too many people drink coffee in the late afternoon and it is a slow time for them. I don’t understand, though, I can drink coffee any time of the day. 😉 I would certainly take them up on their offer!