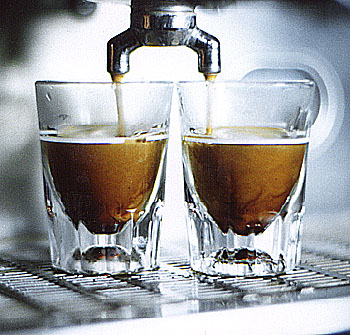 Most people are familiar with coffee. If you ask them to describe it, they’ll probably describe their cup of coffee as putting a teaspoonful or sachet of coffee powder and sugar in their favorite mug and mixing it with water and milk. Others may describe their coffee as freshly brewed referring to coffee made by drip using their coffee makers. This is the most familiar way most people make their brew.

Many have heard the term espresso. They may have seen it on the boards or menus but not knowing what it was, have never tried it. Little do they realize that they may already have had some with their favorite cappuccino or other mix they bought in the coffeeshop. You are not a true coffee lover it is said unless you have tried espresso.

Espresso was first made in Italy. It is formally called Caffe Espresso. Unlike in any other part in the world, espresso is not just a beverage. In fact in Italy they make time to drink their espresso. This is one brew that is an experience, not just a drink.

Espresso is drunk in shots and is usually served in glasses. It is a rich tasting brew that has a great aroma. Hard to explain its taste but it is rather like dark chocolate though definitely not the same.

Espresso is made with hot (not boiling) water being pressured through ground coffee beans. It has a distinctive reddish-brown color and a delicious aroma. It should also have crema – the tan colored foam found on top of every good shot of espresso. If it has no crema, it is a bad shot. Have it replaced immediately.