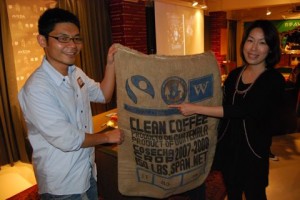 A large amount of you will probably be drinking Fair Trade Coffee as you read this, and may not even realise it. But you may not know much more than it’s a reasonable price paid to the farmers. There’s social benefits to the farmers, which extend further than the extra money which they are paid.

The scheme was set up in order to help the farmers of Coffee, Cotton, plus a variety of fruits by paying them a higher fee than what they were used to – for example, in August 2001, Coffee Beans were just $0.50 per pound. The current minimum price that companies have agreed to pay is $1.26 – nearly double the price of non-fair trade coffee, which is sold in Coffee Houses for the same price.

There are some requirements to the farmers with these prices, however – the money should be invested in much needed health care, education and looking after their environment – in other words, supporting the small farmers with your purchase of Fair Trade Coffee, you are supporting better in them in the long term by helping to improve their local villages and towns.

Currently across America, there are over one hundred companies with agreements to offer certified Fair Trade Coffee. They include Starbucks, Tully’s, Diedrich, plus many more local companies. All of these companies are offering you the chance to make a change to someone else’s life, by doing nothing more than asking for Fair Trade coffee.

Using Fair Trade Coffee is more than just being kind and caring to the farmers. Hopefully, it will make enough of a difference to someone’s life – improving their health and future generations possibilities.