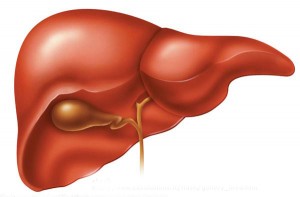 I bet you didn’t know that – I didn’t! I know how too much alcohol can damage one’s liver beyond repair, but I had never associated coffee with the liver. Then again, everything that we ingest goes through the liver so it makes sense.

Anyhow, a new study has found out that perhaps, coffee can help with the retardation of the damage on the liver caused by hepatitis C. This form of hepatitis is viral and can be contracted through infected needles, sexual activity, and mother to child. In a few cases, the virus does not cause much damage. However, in most cases, the infection stays and causes damage to the liver, including chronic inflammation, cirrhosis (scarring of the liver), and even cancer of the liver.

So what exactly did this new study find out? According to the researchers, their subjects who drank at least three cups of coffee on a daily basis were more protected against the long term damages wrought by hepatitis C. The figures play around 53 percent. Reuters has more details:

Freedman’s team found that the risk of progression declined as patients’ coffee intake rose. Compared with those who were non-drinkers at the outset, patients who had one to three cups of coffee per day were 30 percent less likely to progress. Those who drank three or more cups each day had a 53 percent lower risk.

Again, as with most other studies, the researchers have a standard disclaimer that they need further studies and analysis to have conclusive results. Still, even if you don’t have hepatitis C, you have another reason to drink more coffee!