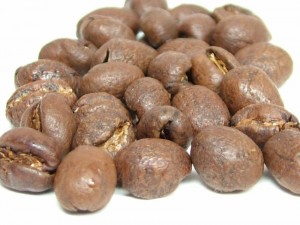 If you are stumped right now and you cannot give an answer off the top of your head, then do not worry. I was feeling the same way when I first heard of peaberry. I knew it has something to do with coffee but other than that, I really didn’t have a solid idea of what it is.

I first heard of this from a friend (who I think was just pretending that he knew all about peaberry but in reality didn’t really know much, lol). He was not able to give me a definite answer as to what peaberry really is so I just went online to check for myself.

Wikipedia came through, as usual:

Peaberry, also known as caracoli, is a type of coffee bean. Normally the fruit of the coffee plant develops as two halves of a bean within a single cherry, but sometimes only one of the two seeds gets fertilised so there is nothing to flatten it. This oval (or pea-shaped) bean is known as Peaberry. Typically around 5% of all coffee beans harvested are of this form.

I found another more detailed description at CoffeeReview:

Throughout the world, the coffee fruit occasionally produces a single, rather than a double, bean. It grows to be small and round, with a tiny crevice that splits it halfway down the middle. Called peaberry in English and caracol in Spanish, these beans are often separated from normal-shaped beans and sold as a separate grade of the same coffee.

According to coffee folklore, peaberry grades are considered superior to normal grades from the same crop, apparently on the basis that, in peaberries, the good stuff that ordinarily goes into a double bean goes into only one bean. I am not sure peaberry tastes better than normal beans from the same crop, but it does taste different. Typically, peaberry is more buoyant and more brightly acidy, more complex in the upper aromatic ranges of the profile but somewhat lighter in body, than comparable normally shaped beans.

So there, we now know what peaberry is although I do not know if I have ever had coffee from this kind of bean. Have you? If so, how does the taste differ from “normal” coffee?