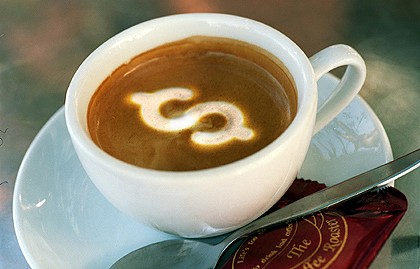 Most adults love coffee. That’s unquestionable. It’s a staple drink that people can’t do without the moment they wake up or before they call it a night.

The coffee drink has gone a long way since the olden times. Various flavors are now available all over the world some of which even include fruits, herbal supplements and vitamins.

Price-wise, this favorite adult drink also varies depending on one’s geographical location. A cup of the traditional brewed coffee can cost a dollar at a regular cafe but a new offering using top quality ground coffee from South America and offered at a popular chain can cost a few dollars.

There’s even a cup of coffee made using brass heating equipment that costs thousands of dollars. For this one, you’re actually paying for the precious tool apart from the quality coffee variety being used.

So if you want to find out which part of the world sells the most expensive cup of coffee, read on.

Late last year, Starbucks came out with its most expensive coffee at $7 a cup. It’s a black coffee but one that uses the rare kind of beans known as the Costa Rica Finca Palmilera or Geisha for short.

The beans found only in Central America are said to be the most expensive one being sold by the giant coffee chain.

Online, a bag of the Finca Palmilera beans is priced at $40. When Starbucks introduced its new coffee brew, the beans got sold out within a day.

When news of this costly coffee came out, only 48 Starbuck stores with a Clover machine were offering it with most of them situated in the Seattle area. Hopefully by this time, it’s already availabe in most stores in the U.S.

The Clover machine, by the way, is a high-end coffee maker priced at $11,000 (this was yet a few years back) and makes one cup at a time. Some of the popular coffee shops in the U.S. have been using this for quite a time now such as Chicago’s Intelligentsia, L.A.’s La Mill and Seattle’s Caffe Vita. Stumptown also has four of the Clovers in its Ace Hotel branch while New York’s Cafe Grumpy has two of these in its Chelsea branch.

Five years ago, a coffee shop in San Francisco, California invested a huge sum of money to purchase what it believes as the perfect coffee maker. The Blue Bottle Cafe’s owner James Freeman paid more than $20,000 just to get the siphon bar direct from Japan.

Purchased from the Ueshima Coffee Company, the siphon bar does not actually make espresso but rather brewed coffee one cup at a time. It features brass heating components, glass globes and bamboo paddles.

The Black Ivory coffee is the latest to be discovered and one of the world’s most expensive at 30 sterling pounds a cup. But unlike the usual coffee beans harvested from nature, this variety has been digested and released as poo from the elephants in northern Thailand specifically in the Chiang Rai province.

The Black Ivory coffee beans cost $1,100 per kilogram in Thailand and they’re being sold only in the country as well as in Maldives and Abu Dhabi. The elephants are first fed with coffee cherries and their waste products in lumps are then collected with the valued beans then made into coffee which has a unique flavor.