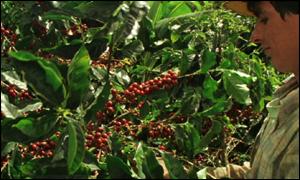 Genetically modified food has been at the center of controversy for quite some time now. Some people see this as a good thing – we are merely building on what nature has to offer in an effort to feed more people in a more efficient manner. On the other hand, some people see it as meddling with things better left alone. More so, they say that we do not know enough about genetically modified products so as to be sure that there are no negative side effects.

There are a lot of people, however, who are not jumping up and down for joy because of genetically modified food. Take the people of Hawaii, for example. Just recently, the Hawaii County Council overrode a veto on a bill that proposed the ban of genetically modified taro and coffee. As a result, there is to be NO GM products coming out of the Big Island anytime soon.

My take on this matter? I am not too sure – I have no aversion to GM food, really. If GM coffee will taste just as good – or even better – than what I am drinking right now, then I would certainly try it. How about you? What are your thoughts on GM food?