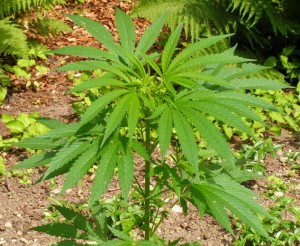 Is this America or The Netherlands? I really am talking about the United States, and yes, the first ever cannabis coffee shop has opened in this country. Believe it or not, it has happened. Located in Portland, Oregon, Cannabis Café is the first and only legal marijuana coffee shop in the country. It opened earlier this week.

You might be wondering how this could have happened. Well, the Obama administration has left it up to each state to determine how they will deal with the use of marijuana. Apparently, the state government of Oregon is okay with this.

Those who are iffy about the issue should know that going to the Cannabis Café is not as easy as going to your run-of-the-mill coffee shop. In fact, only people who are enrolled in the state’s Medical Marijuana Program may go to the shop. Furthermore, only Oregon residents are allowed to join this program. Individuals who are suffering from illnesses such as cancer, AIDS, Alzheimer’s, and glaucoma are qualified to join the program, and they have to pay a $100 fee PLUS a certificate from a doctor.

The requirements do not stop there. In addition to the above requirement, patients must also join National Organisation for the Reform of Marijuana Laws (NORML) – the Oregon chapter, naturally. The fee is $240 yearly. In order to enter the Cannabis Café, you would have to have two ID cards from the two organizations mentioned above.

So where does the coffee come in? It’s always available at the shop, for those who want it!