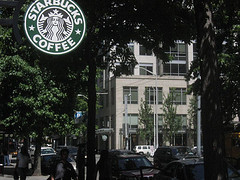 If you thought that Starbucks was having problems in the United States market only, think again. Apparently, they are having even more serious problems down under. To date, the coffee chain giant has 84 stores in Australia. Of the 84, they are closing 61. The figures may seem minuscule as compared to the 600 stores they are closing in the United States BUT if you take into consideration just how many stores they have in the US (about 12,000), you will see that the percentage of closures is so much higher in Australia.

So what is the problem here? How come Starbucks has not conquered Australia? According to Chris Berg of The Age, it is because of the simple fact that Starbucks is selling the coffee culture and NOT the coffee itself. He writes:

So why has Starbucks worked in the US but largely failed in Australia? The secret of the company’s success in the American market wasn’t that it sold coffee. It sold coffee culture.

But when Starbucks came to Australia to bring coffee and the cafe culture to the masses, it found that we already had it. Particularly in Melbourne, we have better coffee and more relaxing cafes than anything that Starbucks brought with it.

Undeterred, the firm simply dumped what seemed to work in America into this country. When Starbucks opened an outlet in Lygon Street — a store that has since sat empty surrounded by bustling cafes — it became an amazing example of just how comprehensively a company could fail to understand its target market.

I find this perspective to be very interesting as it seems to hold some truth in it. Indeed, more than the coffee itself, Starbucks is associated with hanging out at a cool place. It is associated with meeting with friends over a cup of coffee. The article reminds me of some people I know who NEVER drank coffee until the Starbucks culture became popular.

What do you think, is there truth to Berg’s perspective?