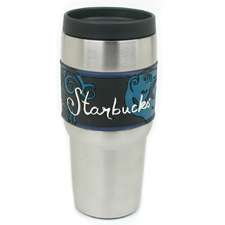 The environment craze is far from over. At the rate things are going, more and more people are going to join this movement. If I had it my way, everyone should be more environment-conscious FOR REAL. You know what I mean, not mere lip service kind.

Anyhow, Starbucks is making a move that leans towards saving the environment. As for whether it is the real deal or the lip service type – you be the judge. Last month, they announced a contest which aims to help them find a solution to the disposable cup problem. Here’s the official announcement:

On April 1 we are officially launching an online contest to engage creative thinkers in solving the disposable cup waste problem through open collaboration.

We are especially excited to announce that Starbucks Coffee Company is sponsoring the contest as part of its aim to serve 100 percent of its hand-crafted beverages in reusable or recyclable cups by 2015.

Starbucks has provided $20,000 in cash prizes to be awarded for the most innovative ideas. The participant who submits the best idea, determined by an expert panel, will receive a $10,000 cash prize. In addition, participants whose ideas are among the top five selected by the community of collaborators will each be awarded a $2,000 cash prize.

I have to say that the intention is good, no doubt about that. I am a bit surprised, though, that the effort has to be this massive. Can’t they come up with a solution like, say, stop using disposable cups? Or am I being too simplistic here? Tell me!