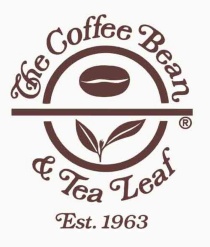 The noise over Prop 8 has not really abated all that much and now, there is something going on again. I just heard of the news the other day when I read some blogs detailing how the well known coffee shop chain, The Coffee Bean and Tea Leaf, is blocking gay sites on their network.

We all know how people frequent coffee shops not only to have a cup of joe, but also to connect to their Wi-Fi. As a matter of fact, I am at a Coffee Bean and Tea Leaf right now (albeit outside of the US). So what’s the dish?

Neal Broverman wrote in the Advocate:

Phillip Minton of Unite the Fight — a group trying to overturn California’s Proposition 8 — had booted up his laptop on Thursday at a Coffee Bean location in the Beverly Center area of Los Angeles and was informed he couldn’t access sites like Pam’s House Blend and Towleroad due to “sexuality.” According to commenters at Unite the Fight’s website, ex-gay sites for groups like Exodus and Parents and Friends of Ex-Gays are accessible on Coffee Bean’s Wi-Fi service.

It looks to me like a case of passing the buck. I don’t know if it’s just that specific branch. I just tried accessing Pam’s House Blend – one of the main web sites in question – and I didn’t have any problems. Is there a Coffee Bean near you? Are they censoring your Internet access as well?