If we are to look back at some of the movies we’ve watched, we will most probably remember several memorable scenes that involved coffee.  It may not have been the main point in the scene but we cannot imagine such without the coffee.  So here goes my list of memorable coffee scenes from movies.

The coffee-loving billionaire played by Jack Nicholson gets the shock of his life when his adventure companion played by  Morgan Freeman reveals the not-so-desirable nature of producing the rare Sumatran coffee beans of which he is very fond of.  According to Freeman’s character, cat’s dung plays a role in flavoring the beans.  Nicholson’s character ends up accepting such revelation good naturedly, in the best way a dying man would.

The art of coffee-making gets featured in the scene showing a cup of coffee with a distinctive leaf pattern.  It is supposed to be some form of latte art called the Rosetta.  Though not specifically explained in the scene, it presented another side to Kato’s character especially since crime fighting and artful coffee-making does not exactly mix. 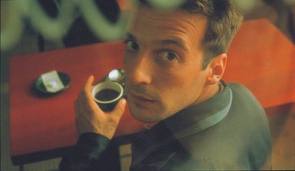 Scenes involving coffee in this charming French movie cannot be avoided since the main character plays the role of a shy waitress in a small cafe.  She has resolved to find ways to make other people happy after one successful attempt.  In one scene, she purposely spills coffee on a customer in one her matchmaking attempts which ended with positive results. 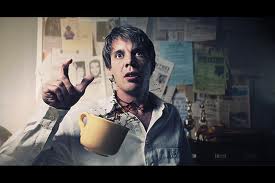 Dropping coffee three times in a movie does not happen very often.  When Chazz Palminteri’s character finally figured out the truth, he had to emphasize it with the shattering of cups of coffee.  It must be the coffee that awakened him to the truth.

The movie that started a new generation of crime movies features a humorous scene when the characters of John Travolta and Samuel Jackson took the time of discussing the quality of coffee in spite of the more pressing concern about a dead body.

Some of these scenes actually make it as part of the movie trailers.