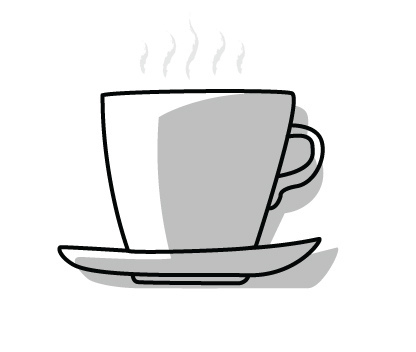 Coffee and kids don’t mix; at least that’s what they tell us. Common sense also tells us that this is true, especially with countless sources telling us of the bad effects of caffeine on your body.

Lately though, with the popularity of huge coffee chains like Starbucks, the sight of teenagers, even kids, drinking coffee is something that is becoming more common. Are parents wrong to let their kids drink coffee?

I believe that coffee drinking, as with most things, is not bad unless you take it to the extreme (Attention caffeine addicts!  ^_^). Coffee may contain caffeine, which has been proven to be addictive, but more and more studies are also showing that coffee may have more health benefits than we realize; in fact it may actually be beneficial to people suffering from Type II diabetes, hepatitis C, and skin cancer. The question now is whether the positive effects outweigh the negative ones.

With conflicting studies on the benefits and harm that coffee and caffeine bring, I think that it is impossible to draw a conclusion at this point. So instead of overly worrying about the issue, I would just let my kid drink coffee IN MODERATION and let him enjoy the treat, just like he gets his sweets every now and then. I do not say that he should get a full cup of coffee every single morning, but he sure can take a sip from my cup whenever he wants to (except late in the afternoon and at night because that’s asking for trouble come bedtime). Of course it goes without saying that they should never drink enough for it to replace their regular nutritional drink (read: milk). And as for teenagers who need an energy boost now and then to help them stay awake during exam week, I’d rather see them sipping on a cup of coffee rather than downing bottle after bottle of energy drinks!

What do you think? Is letting your kid drink coffee a sign of bad parenting?