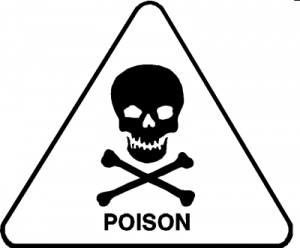 I have heard people say that coffee is a drug but I haven’t heard of anything about it being a poison, have you? Ask the six Harvard lab workers and I am sure they will tell you just how poisonous coffee can be!

Apparently, in August, these lab workers drank some coffee from a machine which was located near their laboratory. Soon after, they had to be taken to the hospital due to symptoms such as dizziness and ringing in the ears. One of them even passed out. While they were released not long after, the incident prompted an investigation.

The results were released just yesterday, and they showed that the coffee in the machine was tainted with a chemical called sodium azide. This chemical is commonly used in laboratories as a preservative. They don’t know whether its presence was intentional or not.

So who cares about this piece of news? I do! And people who drink coffee from their office coffee machines should think twice as well! Whether you are talking about those instant coffee machines or machines that dispense brewed coffee, it always pays to make sure that what you are getting is safe and clean.

Come to think of it, though, the story is actually a bit funny. I am sure the workers don’t think so, but who would have thought that such a chemical would find its way into the coffee? Anyhow, next time you think of grabbing coffee from “just anywhere,” you might want to think twice.