I am seriously at a bind with this question. My children are asking why they are not allowed to drink coffee as much as they want to. This is at the heels of their bewilderment with being allowed to consume food in mocha flavor which is essentially produced by coffee. 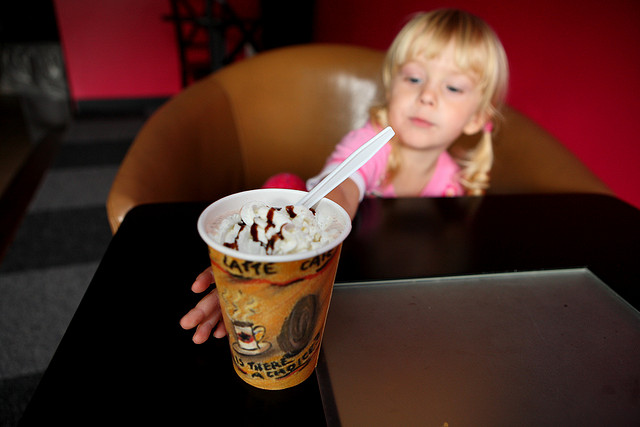 From a layman’s point of view, I have grown up with the understanding that coffee is an adult drink. Milk is for children while coffee is for adults. With the highly commercialized presentation of coffee nowadays, coffee is increasingly pictured as a harmless and hip drink even for the juvenile group.

The official stand of the health industry with regards to coffee intake is that it is harmful when taken in large amounts and in continuous periods of time. This is true to both adults and children because its caffeine content makes it a drug categorized as a stimulus. Adults and children can become more alert and energetic upon consumption of coffee in low levels as it has the capacity to stimulate the central nervous system.

The caveat pertains to the consumption in too much quantity. Just like in anything else that is consumed in extreme levels, there are always negative effects that result. In consuming too much coffee, several side effects have been observed. These include nervousness, headaches, difficulty in sleeping and concentrating, increased heart rate or blood pressure, and upset stomach.

Why the Special Concern in Coffee Consumption of Children

The logic is quite simple. Children ted to be more vulnerable to the side effects of any drug or food because of their biological make which is still essentially in the developing stage. Since coffee is also a diuretic, children can get dehydrated by drinking too much coffee. Children are of special concern since they generally are unable to exercise control in not going over the limits.

Children typically decide to drink or eat anything they want without any particular concern if they are going overboard. Parents’ concerns lie in the question of whether they can still stop children from drinking too much once they are allowed to. Sometimes, it is particularly difficult to determine what constitutes too much especially in children. One study says that preschoolers should not be given more than 30 -45 milligrams of caffeine per day.

The best answer therefore to our question is that children can be allowed  to drink coffee when desired provided consumption is kept to a minimal level.