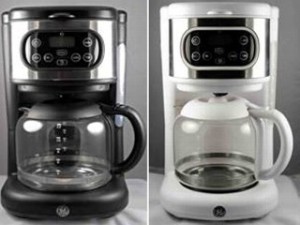 Listen up, people! For sure, you have at least one coffee maker in your home. If one of them is made by General Electric, you might want to check the serial number and see if it is one of those that are included in the massive recall taking place.

The Consumer Product Safety Commission just announced that a certain model of General Electric’s coffee makers has to be recalled – all 900,000 of them. Now why am I surprised that there are that many units of a single kind of coffee maker?

Anyhow, this particular model is the 12 cup digital coffee maker manufactured by well known brand GE. The reason for the recall is that they are – surprise! – a fire risk. The coffee maker units were sold in various Walmart branches for a couple of years – from 2008 to January of this year.

According to reported incidents, there have been 83 cases wherein the coffee makers have overheated. Some of the units melted or burned and several people have been physically injured.

Here’s more information to check if your unit is at risk:

You can find these numbers – plus the GE logo – printed at the bottom (the base) of the coffee maker. If you are using either model, you can call Walmart immediately and get a full refund.

One thing that’s bugging me: out of 900,000 units, 83 have malfunctioned. This is statistically significant enough to warrant a full recall? Interesting.