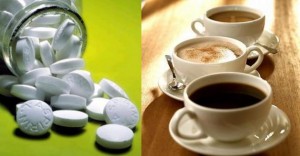 It’s almost New Year’s Eve, and I’m pretty sure that the next day will see many suffering from too much partying; and by extension, looking for the perfect hangover cure.

There are so many hangover cures that have been debunked by science over the years, but coffee remains to be one of the most widely accepted hangover cures. Sure there has been studies explaining why coffee doesn’t really help anyone with a hangover. Some even say that it can make a hangover worse. Two of the main reasons cited for this is that it can make a person more tired after the caffeine boost wears off, and can make a person even more dehydrated since it is a diuretic.

Well the ever fickle science community (or at least researchers of this particular study) finally agree to what we coffee lovers have known all along, the combination of coffee and aspirin is really perfect as a hangover cure…at least if you are a rat. According to Professor Michael Oshinsky, of Thomas Jefferson University in Philadelphia, rats who were given doses of caffeine and anti-inflammatories responded well to the treatment and were relieved of the headaches. The headaches, which were induced by making the rats drink ethanol (a pure form of alcohol), is similar to the migraines we experience after having a drink too many.

So while the scientists get stuck debating on whether they coffee will cure a hangover or not, I will just have my coffee maker and a bottle of aspirin on hand day after New Year.