The tablet has become so popular in recent years that its use has gone beyond pure communication and entertainment. Thanks to the Apple company that introduced the device through its iPad, many people are now enjoying its benefits wherever they may be.

Apart from private individuals, businesses are also taking advantage today of the usefulness of the iPad. With thousands of apps being downloaded and used on a daily basis, it is no surprise that the Apple iPad made it as the third fastest hardware platform to reach one million purchases in less than a month (or in just 28 days). 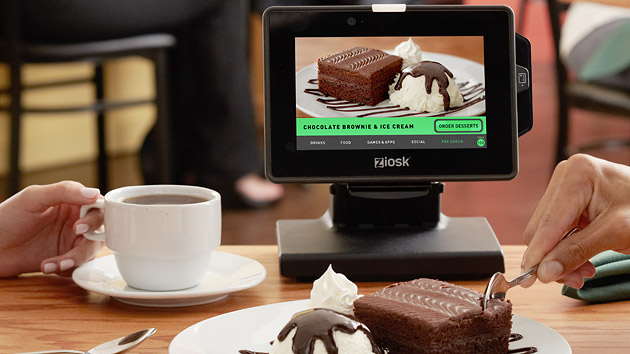 In running a business, the iPad has become a very vital tool. Restaurants and food chains, for example, are actively using this revolutionary gadget in their daily operations. They use this popular mobile device as a point of sales machine and as a method of showing their menu to customers.

In using it as a menu, customers are not only able to view the food offerings of the establishment but they can also select the food they want right away. In the future, business owners would like to have a tablet that will allow their customers to select and order their food using the device with the wi-fi instantly relaying the information to the kitchen for the chef or staff to see. When this happens, a restaurant will only need a few staff to accommodate customers.

Some restaurants, on the other hand, provide iPads on the tables to allow customers to play certain games while waiting for their orders. Now that’s a cool idea.

In addition to using the tablet as a menu, it can also be utilized as a point of sales machine. When attached to an external device, it can actually process credit card transactions and issue receipts.

Productivity-wise, the iPad can be effectively used in keeping a record of financial reports and other important information. There are many apps available today that can help in this aspect including those that keep track of time, expenses and organize documents.

It can also be used as an additional monitor but without the cables. This means the cashier or manager can extend his or her display area.

The iPad was first introduced by Apple in 2010 and has sold more than 170 million units. Apple is a leader in creating very useful electronic devices and has expanded its reach worldwide. Currently, Apple office locations are in 13 countries worldwide.