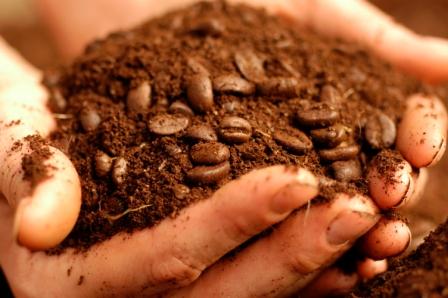 There’s nothing like a cup of freshly brewed coffee to start the day right, but once you’ve finished your drink, there’s also nothing like having to deal with the used coffee grounds to remind you of the rest of the day’s chores. If you are like me, you’ve probably felt at least slightly unhappy when doing the simple chore, and not only because you have to do it, but because of the wastefulness of it all.

The good news is that if you don’t like waste and want your cup of coffee to do more good than just perk you up,  you can actually reuse those coffee grounds instead of throwing them away. Some great ideas for used coffee grounds include:

Ant repellent – Air dry the used coffee grounds and sprinkle them in areas where ants frequent. You’ll immediately notice that ants will avoid the areas where the coffee grounds are sprinkled. If you have an ant mound on your yard though, prepare to sacrifice an entire pot of coffee because the use coffee grounds won’t be enough to do the trick.

Hand deodorizer – Some smells are nearly impossible to get rid of with just soap and water. If you get smelly hands from handling food items like fish and garlic, wash the smell away by rubbing your hands with used coffee grounds instead of soap before rinsing with water.

Organic fertilizer – Mix used coffee grounds with the compost you make from your kitchen waste. The coffee grounds will instantly boost your compost’s nutrient level, since it is rich in Nitrogen, Phosphorous, Potassium, Magnesium, and Copper.